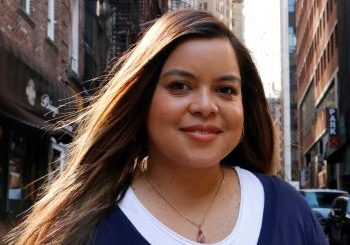 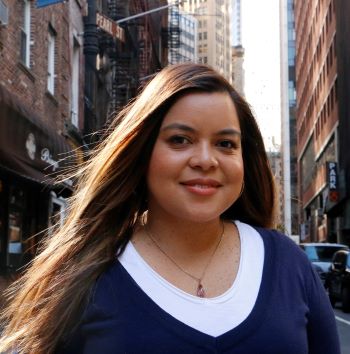 As Communications Director at the National Employment Law Project (NELP) Mónica Novoa directs the organization’s overall communications strategies. For the past two decades Mónica has approached communications through racial justice, human rights, and public health perspectives. Her work at NELP, along with a stellar communications team, amazing staff, and in partnership organizations across the country –builds on the organization’s core goals of building worker power and dismantling structural racism in solidarity with efforts of Black, immigrant workers.

Prior to joining NELP, Mónica was Director of Communications at JLUSA where she worked to amplify solutions led by people directly impacted by the criminal punishment system. At JLUSA Mónica worked with partners to: Unmask the harmful federal First Step Act and California’s SB10; support labor justice campaigns for criminalized workers; and decarceration campaigns in California, New York, Pennsylvania, and Wisconsin. Prior to joining JLUSA, Mónica was Communications Director at the New York Committee for Occupational Safety and Health (NYCOSH), where she executed successful and notable media campaigns, securing in-depth investigative reporting, and public education for nail salon, construction, and private sanitation worker safety and the World Trade Center health program.

Previously, Mónica was Campaign and Communications Strategist at Families for Freedom (FFF), a Black-led, multiethnic human rights organization led by formerly incarcerated people and their loved ones in their plight for release from immigration detention and to prevent deportation. Before FFF, Mónica was at Race Forward, a national racial justice organization where she wrote at the daily news site Colorlines.com and served as Coordinator of the groundbreaking Drop the I-Word public education campaign, which influenced the Associated Press Stylebook and more than 25 media outlets to drop dehumanizing terms to refer to immigrants, stemming from the racist slur “illegals.”

Mónica has implemented integrated marketing and public education campaigns across issues, including labor, human rights, and disaster response to Haiti at the Matea Group in Washington, D.C.—and preventive health, immigration, technology, and childhood wellness with Cause Communications and Ruder Finn (now Finn Partners) in Los Angeles.

Mónica serves on the board of Homies Unidos, a Central American-led organization in Los Angeles dedicated to defend the inherent right of youth, families and their communities to pursue their dreams and achieve their full potential in a just, safe, and healthy society. She has a degree in English Literature from California State University at Northridge, where she focused her studies on critical theory, oral stories and written resistance literature, and studied at and helped establish the nation’s first Central American Studies Program and research institute.

Mónica is a member of the NELP Staff Association, NOLSW, UAW, LOCAL 2320.