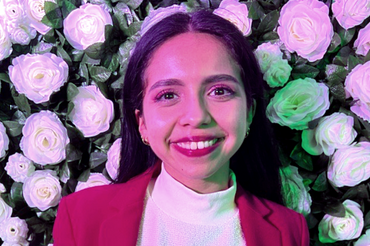 As communications manager at NELP, Cynthia partners with NELP’s program teams to translate complex policy issues into easily digestible messages without compromising the vital details of policy issues. She also helps identify stories and narratives that amplify the demand for a just and inclusive economy where all people, and particularly Black, Indigenous, and people of color, have economic security, opportunity, expansive rights, and access to good jobs.

Previously, Cynthia was a bilingual communications specialist at the United Food and Commercial Workers International Union (UFCW), where she was a member of the Washington-Baltimore News Guild, The NewsGuild-CWA Local 32035. At UFCW, she contributed to elevating stories about the lives of working people and how policy decisions affect them. She also worked closely with the union’s members to support them in sharing their personal stories and to put pressure on policymakers and employers to adopt safety procedures to protect workers’ health.

Prior to UFCW, Cynthia worked at Seven Letter, a strategic communications firm, where she managed a broad range of social media campaigns and worked with clients to identify risks and develop crisis communications plans. During her time at Seven Letter, Cynthia led media outreach efforts and provided strategic communications counsel to a coalition working to protect Deferred Action for Childhood Arrivals (DACA). Her work resulted in securing print, online, radio, and broadcast media placements across the United States for the coalition.

Cynthia was born and raised in La Habra, California and currently lives in Washington, DC. She is proud to be bilingual and honored to be the daughter of Mexican immigrants to the United States.

Cynthia is a member of the NELP Staff Association, NOLSW, UAW, LOCAL 2320.